“B” series shotblasting machines are designed for blasting products of mass production as well as those of minor series. Primarily, these machines are used for blasting grey cast iron, nodular cast iron, steel castings, and also aluminium castings, precise castings, forgings, and for deburring metal and non-metal products. Shotblasting machines of “B” series are produced in two basic variants, namely with a runner belt (R) and a steel belt (S).
Shotblasting machines of “B” type are called tumble belt because of the special shape of the belt that forms a loop in the shape of a tumble belt, whereto work pieces are loaded. Work pieces may be loaded into the machine manually or automatically with a skip in larger machines. During shotblasting, work pieces tumble continually in the loop formed by the belt under the jet of steel shot that is thrown by a turbine. After the blasting cycle is concluded, the belt turns in the opposite direction and work pieces are shot out of the machine.

In addition to the above mentioned standard machines, we also offer other already developed machines of various dimensions, and also machines with adjustments made according to the wishes of the customer, whereby it is possible to set: 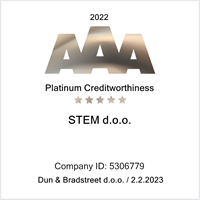 This site uses cookies to ensure a better functioning and user experience. Cookies are stored in your browser and can be deleted at any time. You can read more about cookies here.

Save above settings
I authorize the processing of data for the purposes indicated above.